Decision Fatigue Will Ruin Your Diet

Did you hear that voice rambling about how busy you are and giving you reasons to cut it short? And if you ignored that first voice, it’s probably because a second voice said, “Nope, I still have 10 seconds left.” You have voices. We all do. The voices are part of the great mystery of our human experience and one of the things that makes us unique in the animal kingdom.

Sometimes the voices talk me out of a decision, and sometimes they nudge me towards a decision, but either way, they often debate about pros and cons of any given thing. This is part of why we experience decision fatigue. This process of listening to both sides of the argument in our heads can be exhausting, particularly when it seems to be non stop. When we are faced with thousands of decisions each day, our brains tire and eventually take the path of least resistance. To put it simply, we repeat the actions already etched into place. So even though we technically have “free will,” we also have “fatigued will,” and this my friends is why we must figure out how to rewire our patterning without creating more exhaustion.

Why is this important? Think about something you want to accomplish. You might like to lose 10 pounds or find a new job or insert whatever goal you are currently working on. Typically these goals require new skills, new habits, and new repetitive actions. Without a system, these outcomes are unachievable. We know this inherently because when we want to achieve something, we look for a school, a class, a teacher—something from which we can learn the system. Other times, we approach goals without taking the time to learn the system. We try to wing it. Winging it can sometimes be great, but when you are trying to build a new system, winging it will likely get you nowhere.

“Dieting success depends on the voice FOR dieting winning out over the voice AGAINST dieting.”

This is why dieting often doesn’t work. Dieting success depends on the voice FOR dieting winning out over the voice AGAINST dieting. In the midst of this paradigm, your brain tires, and you revert to the most comfortable patterning.

This is why we believe in a systems-based approach to healthy eating rather than the white knuckle approach of falcon 9 strain dieting. Just like any other system, we can gradually increase our knowledge and change our actions over time until that thing IS the path of least resistance. We make small shifts so that they feel natural, and eventually all of these changes are no longer choices but new patterns that are easy to stick to.

Drink 8 glasses of water a day

Now suppose you tried to implement all of this in one day. Likely, halfway through day one, you would fail to adhere to at least one of these changes. You would then feel bad about your failures, and you would find yourself in an emotional loop about why you couldn’t stick to your goals.

But what if you simply decided to walk 5000 steps? At the end of the day, you would feel accomplished. After 2 weeks, it would be burned into your routine. You could increase that goal to 8000 steps and then 10,000. Eventually, 10,000 steps would become habit, and you would be mentally and physically prepared to tackle another wellness goal.

It might take you 6 months or more to slowly integrate these changes, but in the end you will have built the systems that turn them into habits. Conversely, you may stop and start a strict diet several times over the same 6 month period only to end up feeling more defeated than ever. Does this sound familiar? So many of us have gone through this cycle over and over, and it’s not specific to diet and exercise. This paradigm shows up in so many of our systems. By changing one action at a time, we no longer need to worry about decision fatigue when it comes to our healthy habits. We slowly etch those new patterns into our brains so that the path of least resistance is the path we actually want to take. 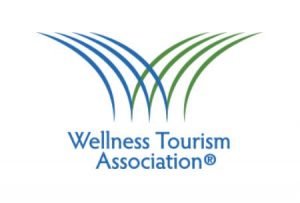